Alexa can be very useful, and is a great addition to any home. But your little smart speaker can also be a little bit weird (and sometimes very amusing) if you just ask it the right (or wrong) questions. Here are 6 of the weirdest things you can get Alexa to do.

1. Alexa Can Snore You to Sleep

Yes, Alexa can snore (as well as break wind), although we are not sure why. It seems to be designed as some sort of sleep aid for those who find snoring soothing, rather than wanting to hit the snorer with a brick-filled sock (maybe that’s just us?) To make Alexa snore at you, just say:

2. Alexa Can Creep You Out

As if snoring isn’t enough to keep you awake, you can also make Alexa say some pretty creepy stuff about the Listeners. Say:

Alexa will then start to say random weird things like “We are always listening” and “They watch you while you are sleeping” You can stop it by simply saying “Stop”, but until then, Alexa will continue to say things you’d rather not hear while home alone on a dark night…

3. Alexa Won’t Use Curse Words (No Matter How Hard You Try)

You can’t make Alexa drop the f-bomb, even when asking about a song or film with the word in the title. Not only that, but you can’t even trick it into saying even vaguely rude words. The playground trick of asking “How do you spell icup?” won’t result in Alexa answering I-C-U-P (I see you pee), and instead will say “I’d rather not answer that”. Prude!

4. Alexa Can Rap in Dog Barks

Yep, you read that correctly. You can make Alexa start rapping in dog language. To try this, say:

Repeat the command a few times and get ready to be treated to the strangest rap of all time by anyone, let alone by a smart speaker. You can also ask Alexa to Meow, although we haven’t been able to make her do a cat rap yet.

If you are having a discussion/argument/blazing row with someone in your house, you can ask Alexa to settle things for you. Say:

Alexa, I took out the trash last, am I right?

Alexa will then agree with you. The important part is the “Am I right?”, which will prompt Alexa to agree with anything you ask. Just hope that the other party in the argument knows this, or you’ll be back to square one.

6. Alexa Can Enable Your Alcoholism

It’s 5 o’clock somewhere is a well known excuse to start drinking at odd times (come on, we’ve all had a beer at the airport at 7am while waiting for an early flight, right?). Alexa can be used to ease your guilt at having a glass of wine before dinner if you ask:

Alexa, is it happy hour?

Alexa will quickly and emphatically answer “Yes”, no matter what time it is. 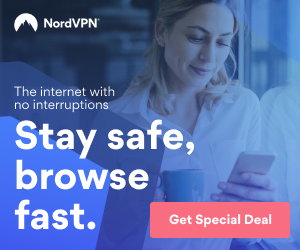